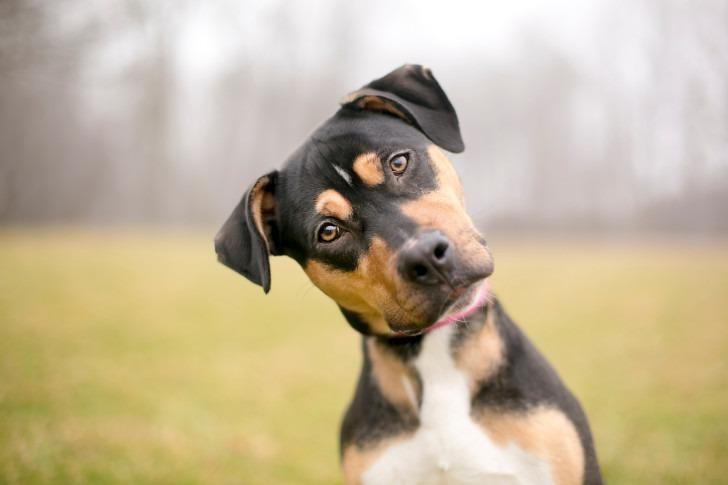 Dog owners are often adamant they know their faithful friend is telling them something. Some even claim they know exactly what their pet is thinking.

According to a new study from the University of Salford, they may well be right. Researchers recruited 37 dog owners and asked them to film what their pets were doing. By analyzing over 1,000 clips, they were able to identify 19 signals which dogs give to humans, and what they could mean.

As well as humans giving dogs instructions like "sit" and "lie down," it appeared dogs were using their gestures to ask for things too.

"What we see is how dogs are really adept at using what's termed 'referential gestures' which in the human world are things like pointing and waving," said PhD researcher Hannah Worsley, one of the authors of the study.

"For instance, we found that when dogs want a scratch, they use as many as 14 different gestures to coax their owners to do it."

Dog requests were grouped into four categories: "give me food or drink," "open the door," "fetch my toy or bone," and "scratch me." A full list of the dog's gestures and what they're likely to be telling you can be found in the study, published in the journal Animal Cognition. They include reaching out with a paw, standing on hind legs, and rolling over.

The most common signal was the head turn or "gaze alternation," when your dog looks at you with its head tilted to the side, which was recorded 381 times. Researchers thought this sign was used to achieve all four of the dog's objectives, concluding that it could mean they are "potentially adept at using referential communication."

"Paw hover" most likely meant a request for food or drink, and rolling over meant "scratch me" 100% of the time. But some gestures were more ambiguous, such as prodding with the nose, that could mean any of the four commands.

The amount of time a person and dog had lived together, and how well socialized they were, also had an impact on how many gestures they used.

"We see how dogs with a larger number of people to communicate with possess a greater number of gestures to call upon since they have had more opportunities to learn," Worsley said. "What is clear, is that after 30,000 years of cohabitation, dogs and their human companion have become skilled at identifying and understanding each other's referential cues.

"Perhaps another reason why man and dog seems to be such a satisfying relationship."